Suzuka International Racing Course is an international race course located in Suzuka, Mie Prefecture, Japan. It is one of the few tracks in the world that has a figure 8 layout, with an overpass near turns 9 and 15. It is used for grand prix racing and sometimes motorbkie racing

In Real Racing 3, the player can race on its three different variants, the East Circuit, the West Circuit, and the Grand Prix Circuit in various events. It was one of the courses included when Real Racing 3 was first released. 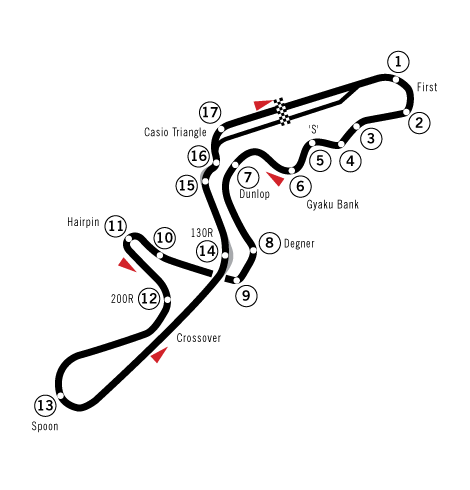